Skillet Tortellini with Sausage and Cherry Tomatoes, a recipe test I did for Leite's Culinaria. When I do my recipe testing for Leite's Culinaria I never know the recipe source. It turns out that this recipe was from America's Test Kitchen and their new cookbook Five Ingredient Dinners and originally appeared in the December/January 2019 issue of Cooks Country. This recipe was well written, easy to follow, quick, and delicious. I should have known it was from ATK! 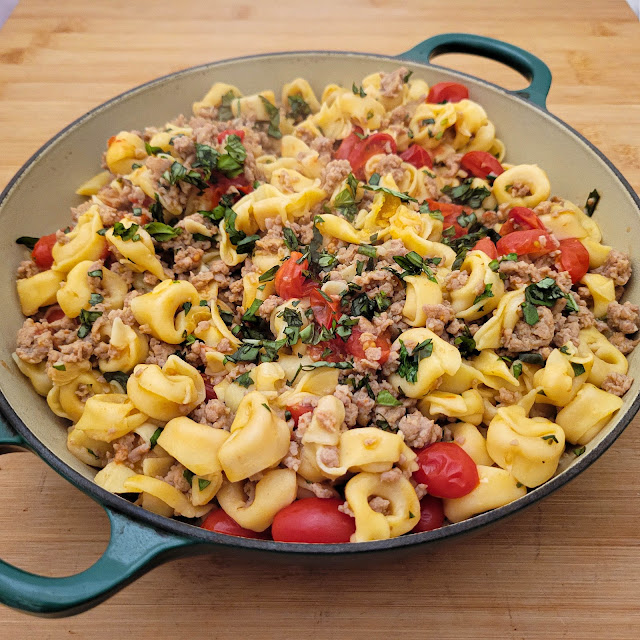 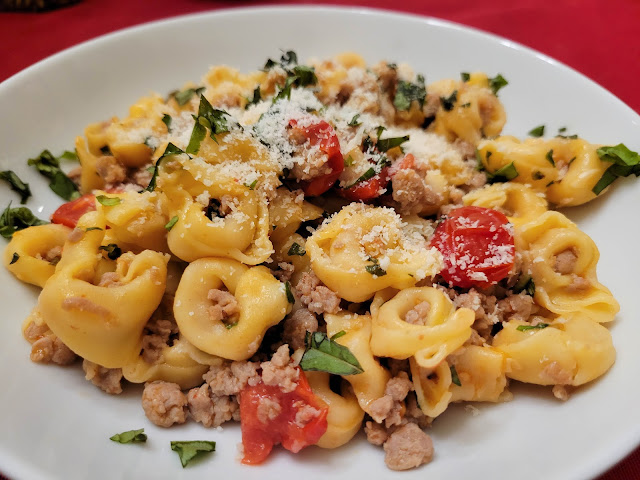 My recipe review is live on the Leite's Culinaria website but here is my official summary of the recipe:

"This skillet tortellini with sausage and cherry tomatoes was an amazingly quick, easy, and tasty recipe. And it’ll definitely be on repeat at my house. I usually have all of the ingredients on hand and will keep this recipe for evenings when I am short on time. The entire meal was ready in about 30 minutes. It’s truly a one-pot meal with a minimal amount of clean-up

.I really liked that this was a quick recipe that was still homemade….no relying on premade sauces, precut produce, or other tricks.  The finished recipe was delicious and liked by the entire family. I topped the servings with a sprinkling of Parmesan cheese and a little more basil than was called for. The only changes I would make in the future would be to brown the sausage for just a few more minutes to give it a more ‘browned’ look and add crushed red peppers for a bit more heat."

(Scroll to the bottom and click "See More Testers' Reviews to see mine!)

Skillet Tortellini with Sausage and Cherry Tomatoes from Cook's Country