Book #4: 101 Things To Do With Ramen Noodles by Toni Patrick 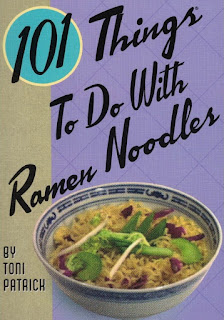 101 Things To Do With Ramen Noodles

About the Book
This book (obviously) is full of recipes that call for ramen noodles. There are soup, salad, entree, snack, and dessert recipes.  I bought this book for my 13-year-old daughter who has been fancifying simple ramen packets during the lock-down. I wanted to get her a ramen cookbook with quick and easy recipes that she could make herself with ingredients that we have on hand. This book was exactly what I was looking for and contains several family-friendly recipes.

About the Author
Toni Patrick came up with the idea of a ramen noodle cookbook while she was a student at the University of Northern Colorado and found that even while on a limited budget she could still create great things with a pack of ramen noodles. She has since authored other similar cookbooks.

The Recipe We Made
Since this is my daughter's book she flagged several recipes that she wanted to try right away, including several snacks and desserts.  We decided to make Beef Sukiyaki because it sounded like a dinner recipe the entire family would enjoy and we had most of the ingredients on hand. 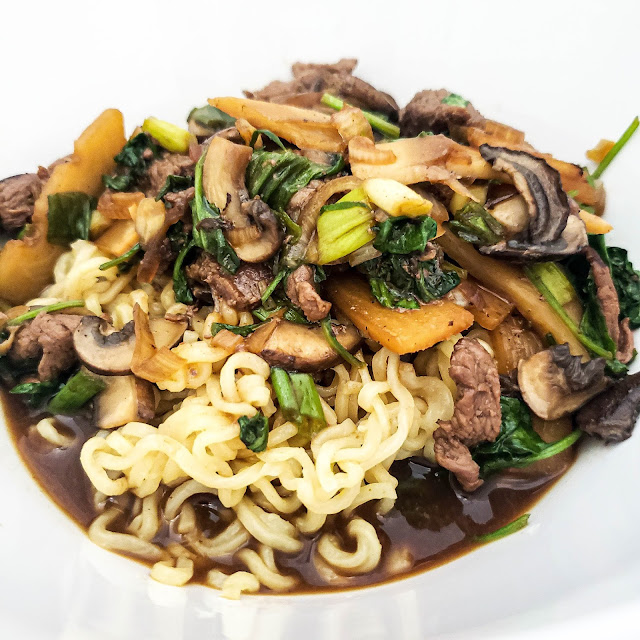 How Was It?
This recipe was very good!  Due to #coronacooking and lock-down we had to make a few substitutions: the recipe called for stir-fry beef  but we used the beef sirloin I had in the freezer and substituted fresh mushrooms for canned. It was easy enough for my 13-year-old daughter to make with some minor assistance and knife supervision . The family loved this recipe and it earned high praise from my 16-year-old son who said it was 'Chinese restaurant quality'.  My daughter is looking forward to trying more recipes from this book.

What’s Next?
The next cookbook in my Cook the Bookshelf Challenge will be '150 Best Tagine Recipes' by Pat Crocker.