May 10, 2020
Last night I cooked from the first book in my cookbook challenge, Cook the Bookshelf! 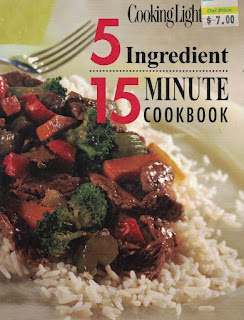 About the Book
I'm not sure when I bought this book or where, but it was probably at a used bookstore. This book was published in 1999 and, as the name suggests, is full of quick recipes using few ingredients.  Most of the recipes use fresh ingredients and do not rely on a lot of canned or packaged food keeping them healthy, tasty, and fast.  Each recipe is an entree with suggestions for a very quick and easy side dish.

Why I Chose This Recipe
I made Pork Chops with Dijon Cream Sauce, found on page 115.  I chose this recipe because we are still on lock-down and I am cooking from what I have on hand; I had some nice pork chops in my freezer and the rest of the ingredients in my pantry.  The cookbook recommends steamed baby potatoes for a side dish but I had a roasted potato recipe from Calivirgin Olive Oil that  I had been wanting to try so I made that instead. 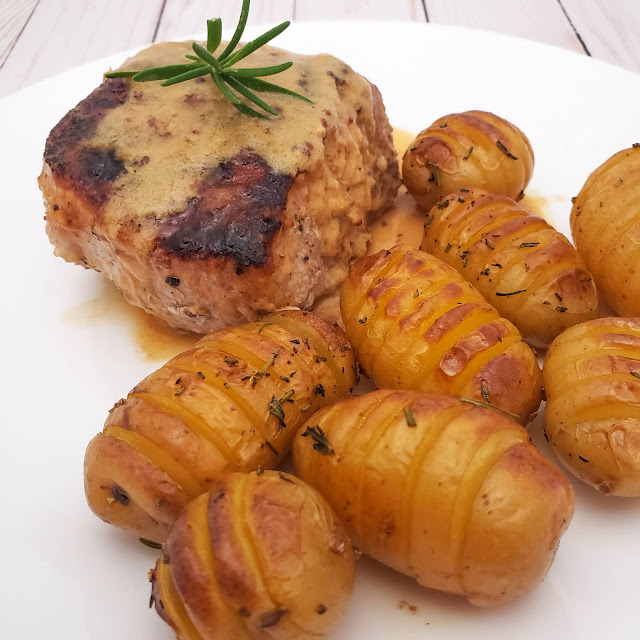 How Was It?
This pork chops recipe was very good and the sauce was delicious!  My pork chops were much thicker than the 1/2 inch thick chops called for in the recipe.  They took a lot longer to cook and I finished them off in the oven with the potatoes.  If I wanted them to fit into the 15 minute timeline I could have sliced them in half to make them thinner, allowing them to cook much quicker.

For the side dish I made Roasted Potatoes with Rosemary from Calivirgin Olive Oil. This potato recipe is a new favorite!  It took a bit of time to slice them properly but they roasted in the oven for an hour, allowing me time to cook the pork chops and cream sauce. 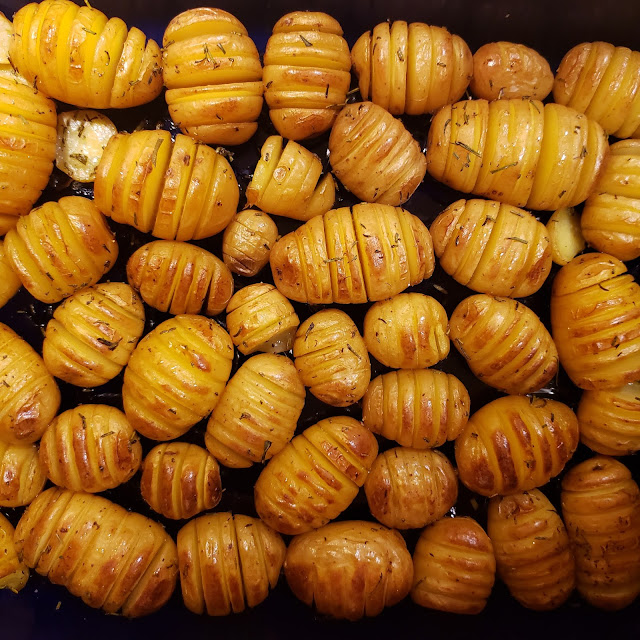 What's Next?
The next cookbook in my Cook the Bookshelf Challenge will be '30-Minute Meals From the Academy'.

Mini Cheese Board and Happy Hour